There is no single vitamin B, because this is a group of vitamins that is vital for the body and its health. Vitamins of this type can only be taken in through diet.

This water-soluble vitamin, which is very important for cell function, is significant for reproduction and growth. It works closely with vitamins B1, B6 and B12 in metabolism and is found in many plant and animal foods.

Folate is very sensitive, does not tolerate heat, light or air. Over 50 percent of its effect is lost during short storage. In contrast, the synthetically produced form called folic acid is stable in heat, air and light.

Folic acid also has the advantage that the human body can absorb almost 100 percent of this vitamin in the form of tablets or fortified foods - as opposed to almost only 50 percent from food.

An adequate supply of folic acid is particularly important for pregnant and breastfeeding women. This is because an undersupply increases the risk of an open back - also known as spina bifida or neural tube defect.

Contained in: many plant and animal foods

Folate is contained in the following products from mySUPERFOOD:

This vitamin is important for well-being and physical performance. If you feel tired, listless and exhausted, a vitamin B12 deficiency could be responsible. The vitamin, also known as cobalamin, is important for metabolic processes such as cell division, blood formation and the activation of the vitamin folate.

The water-soluble vitamin B12 is also very sensitive to light and oxygen.

For this purpose, it can be stored in the body, in the liver and in the muscles. There, stores can last up to 12 years if they are replenished again and again.

In the elderly and people with chronic stomach or intestinal diseases, the absorption of vitamin B12 in the small intestine no longer works so easily and an undersupply can occur. Likewise, mostly vegetarians and especially vegans have a deficiency of vitamin B12.

Consequences of a vitamin B12 deficiency can be anemia, problems in the gastrointestinal tract as well as disorders in the nervous system. Here, the insulating layer of the nerve cells, the myelin, can be damaged. The first signs of this are tingling in the legs and weakness, as well as gait disorders.

The vitamin is usually only found in animal foods and is only present in very small amounts in fermented vegetables such as sauerkraut.

Overdosing is difficult because vitamin B12 is water-soluble and is excreted by the kidneys.

Contained in: many animal foods 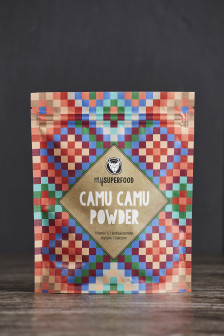